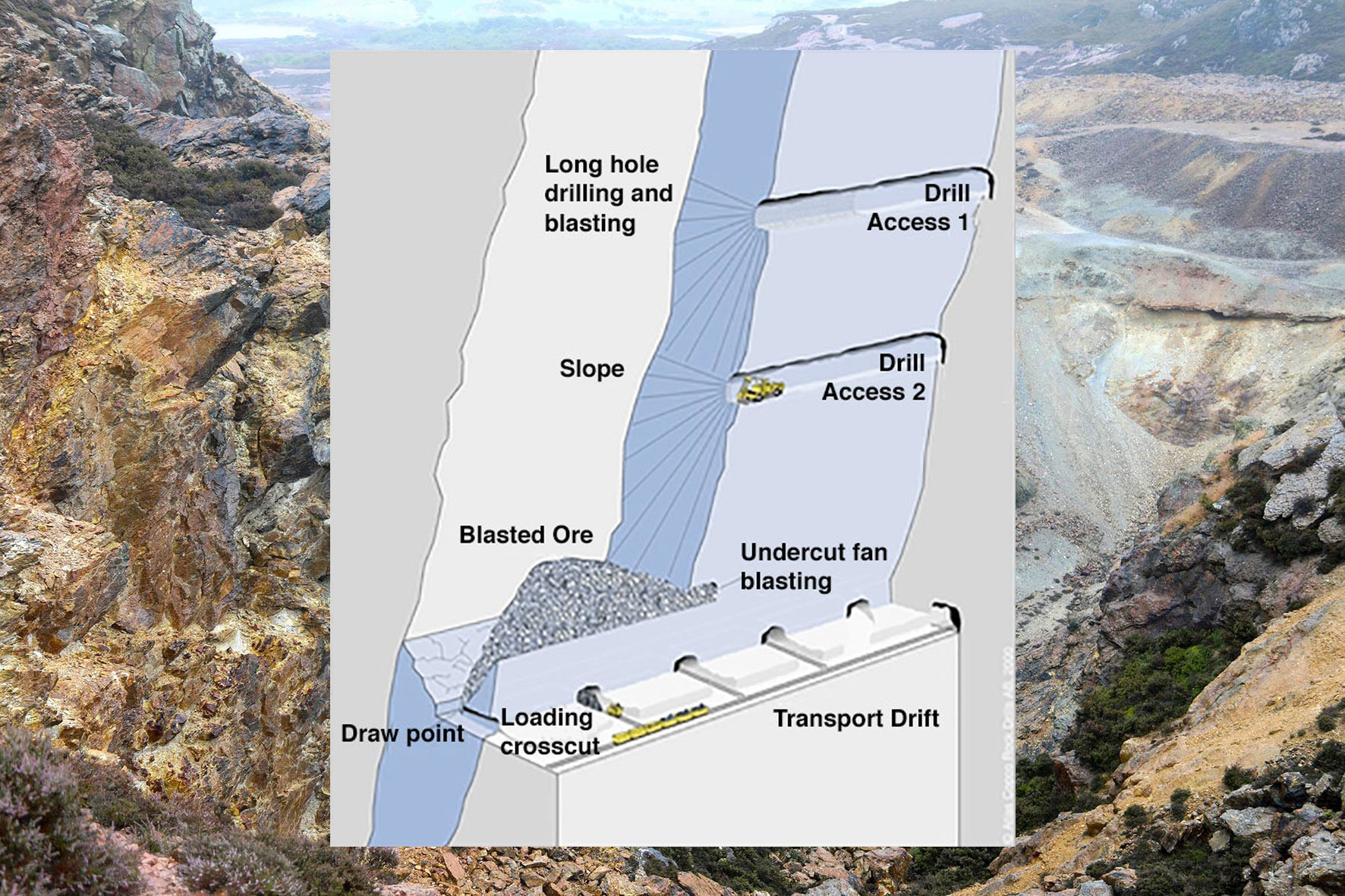 Mine designs have been based on a decline access from surface with the existing shaft utilised as a secondary means of egress and for ventilation. However, under expanded production scenarios, the shaft could potentially be used for hoisting ore.

Metallurgical test-work commenced on the project in the 1970’s with initial flotation amenability tests and differential/bulk flotation trials. Average recoveries for the Engine Zone are expected to be 80% for copper, 77% for lead and 74% for zinc. Additional test work took place throughout the 1980’s including bulk testing at an on-site pilot plant with further work in 2006 .

All test-work confirms that marketable concentrates can be produced for copper, zinc and lead from the Parys Mountain project. The bulk of the recoverable gold is expected to report to the copper concentrate, with the silver reporting to the lead concentrate.

Studies have also investigated the potential benefits of a Dense Media Separation plant and a gravity gold circuit in addition to the conventional flotation process route.